Ask any of the delegates at the NZAIMS (NZ Association of Intermediate and Middle Schooling) Conference in May what the highlight was, and they are likely to reply, "John Shackleton!" - he was a real hit.  John spends a lot of time in the corporate and sporting world, but his messages around leadership, coaching and teamwork really hit home for educators too.


So we thought we'd share some of his pearls of wisdom - thanks John!  This article ties in nicely with the upcoming Olympics.  And if you'd like to see more of John, check him out at the APPA Senior Leadership Conference on our YouTube channel and contact Faye Hauwai to talk about getting him along to work with your school, cluster or association.

Do you ever find yourself making excuses? by John Shackleton

I spent most of my teenage years in a swimming pool training to become an international swimmer but I never managed to achieve my ambition. Over and over again I would lose the races that counted by fractions of seconds and so I never got the selection call-up. Now, at that time I knew the logical reasons why I wasn’t making it – they were obvious. I wasn’t tall enough, my hands and feet weren’t big enough and, of course, I didn’t have the natural talent that every top swimmer had! 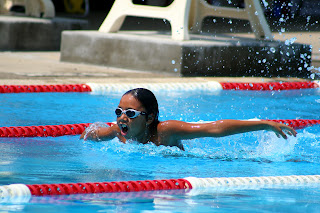 I retired from competitive swimming at the tender age of 19 and became a coach but it wasn’t until my late twenties that I started to realise that the reasons that I always used to explain my own lack of success were the same as those used by many of the swimmers I was coaching. Swimmers that I thought had everything they needed to become internationals were using almost exactly the same language as I used to, to explain why they didn’t succeed. Almost 10 years after I retired from swimming I started to understand that those things I had said to myself back then were not reasons at all, they were excuses.

Now when I look back on those days I can see that I had everything I needed to succeed except perhaps the most vital thing of all - self-belief. That lack of self-belief was what caused me to think negatively and expect to fail. Because of the way in which our brains work, once you expect to fail you will start to take the actions that will lead towards that failure and, if you never change those negative thought processes, you’ll end up getting just what you expected in the first place - failure. The only way I could justify to myself my constant lack of success was to give other people reasons why I had failed (or should I say excuses).  Nobody could have argued with the fact that I wasn’t tall enough or that my hands and feet were too small as far as I could see.  Both were irrelevant (although not in my head) but extremely convenient facts of life that I could not change. And as for natural talent – can anyone really explain what that might be?  Looking back I can see that, at the time, I found it especially easy to ignore the superstars that did not possess those attributes I had decided were causing me to fail because they would have disproved my ideas! 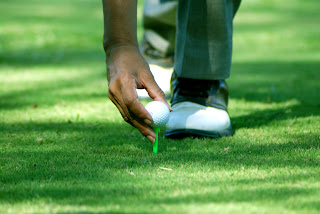 I only saw these wonderful truths when I started to study sports psychology and discovered the connection between performance and self-belief. When our self-belief is low our performance will reflect it and we will underachieve. If we can raise our self-belief we will start to expect success and will therefore take the actions that lead to that success. If you play golf you will know exactly what I mean. For most of us, standing on the first tee, about to take our first shot of the day, with a few other people watching us,  will cause enough stress to enable our self-belief to come under attack and start off those little voices of self doubt. Those voices question our skill level, remind us of our recent failures and constantly focus our minds on what other people might think if we don’t perform to our ability. Those voices help us to find excuses for a poor performance. This is true of everything we do in life, not just in our sporting activities. Our performance in anything that is critical to what we define as success, is affected in the same way by our self-belief.

Probably the most difficult thing in this whole cycle is knowing when we are suffering from low self-belief. Others can usually tell by watching or listening to us perform but we often don’t realise ourselves until it is too late and we are already on the path towards failure. But there is help at hand and it is those wonderful excuses that we love to use that can be the evidence we need to indicate to us that our self-belief is beginning to struggle.  Next time you give someone a reason why you can’t do something, or a reason why you did not succeed, or a reason why something is impossible, ask yourself this question: Is this really a reason or is it just an excuse? You’ll need to consider things carefully and to be totally honest with yourself but if you find yourself making excuses rather than providing truly valid reasons  then you know that something is wrong. It is your self-belief and it needs fixing. 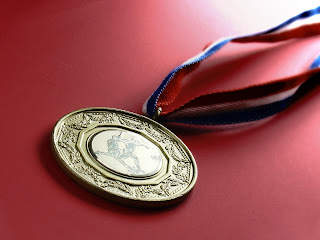 When I was 35 one of the athletes I was coaching suggested that I should start practicing what I was preaching. “If you think that good self-belief is what we need in order to succeed, then why don’t you prove it to all of us? Get back in the water yourself and start swimming again”. Well, I chose to accept the challenge and, to cut a long story short, I’m swimming faster today at 52 than I was in my teenage years and I’m breaking National Masters records. I am training a lot less than I was back then, but I am believing in myself a whole lot more and that’s what is making the difference to my performance. Nowadays I find it easier to take on challenges with a positive outlook and if I ever feel like I am starting to make excuses about my performance, I work on my self-belief until I feel I can cope again.

When you find yourself making excuses, it is a great sign that your self-belief is under attack. At that point don’t spend your energy looking for reasons why you can’t cope but work on your self-belief - it will always lead to success.