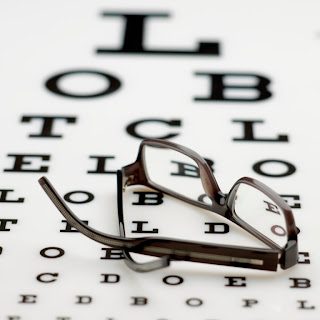 Recently I’ve found myself suffering more and more from mindflit – a term used by Andrew Fuller to describe the way our brains – and our students’ – flit around from task to stimulus to website to txt like a fruitbat high on mango juice. I just counted 13 tabs open on my Google Chrome; my taskbar has around seven programmes running; my ‘to do’ list just ain’t getting done and I still don’t know what to cook for dinner.

So I got thinking about focus and concentration. We know how much more efficiently we work when we banish distractions and embrace ‘the flow’ – so how do we get our students, masters of multi-digi-tasking, to do this? A few tidbits I’ve been checking out:

If you’re thinking this is all a bit touchy feely, banish that paradigm. 21st century education is more about HOW and WHY we teach, rather than WHAT we teach, so a few tools to bring focus and mindfulness into our classrooms and lives can’t be a bad thing. I'd love to hear your thoughts on how you help students to focus on the task in hand. Remember, all comments enter you into the 21CHALLENGE draw for conference places and more.

Disaster! In one week, my dance club closed its doors, my husband’s longest-serving employee quit, and Pak n Save stopped stocking my favourite muesli.

For someone who loves order and certainty these events spelled C-R-I-S-I-S, although someone less dramatic might read C-H-A-N-G-E.

OK, we all know that change is good. As good as a rest, apparently - or even a holiday. But in reality, I don’t think I’m the only one to find it a bit scary and time-consuming. This year, though, a few ideas have crossed my path that have helped me embrace change.

Disruptive innovation.
LNNZ friend Lee Crockett says “every part of society is experiencing a complete upheaval due to the chronic and pervasive nature of change. Our schools, like our businesses, must constantly adapt to such conditions to remain active in the market.” This idea that schools may actually become redundant is chilling – but motivating! What are we going to do to ensure schools remain viable? Visit the 21st Century Fluency Project for more on how we can best serve today’s students; while you’re there sign up for the Committed Sardine blog, my favourite weekly read.
Upgrading – not adding.
In an already overcrowded curriculum, teachers are rightly worried when asked to add more. Web 2.0 tools, community interaction, school gardens – all fabulous learning experiences but where do we find the time? Recent visitor Heidi Hayes Jacobs asked three key questions around upgrading our classrooms while avoiding overload: “What do we cut? What do we keep? What do we create?” Check out curriculum21.com for forward thinking around curriculum – their ‘clearing house’ takes away the hard work by collating great e-learning tools.
BYOD. As a lover of language I get all excited over new terms. BYOD = Bring Your Own Device, an approach schools like Albany Senior High School are taking. Students are going to pick up their banned phones and ipads the minute they step out of school, so why not make the most of the learning opportunities these devices offer? AP Mark Osborne says, "It makes no sense to ban it [the mobile phone]. We haven't banned paper because kids pass notes. In five to 10 years, students will do most of their computing using phones." Indeed a friend of mine whose laptop just died is considering not replacing it, but instead buying just an Android phone for all her online needs. Rad!
Mindset. This book, by Carol Dweck, is a real shake-up. She talks about the ‘fixed mindset’ versus the ‘growth mindset’. In a nutshell, people with the former believe their basic qualities, like intelligence or talent, are fixed traits. People with the latter believe that their abilities can be developed through hard work. Dweck claims that “Teaching a growth mindset creates motivation and productivity in the worlds of business, education, and sports. It enhances relationships.” And I have to agree – since reading the book I’ve found myself much more open to change – both internal and around me. A must-read for your personal and professional life!
James Nottingham has worked alongside Professor Dweck and we’re lucky enough to be hosting him next month at two events; he’s also presenting at the ILT conference in Invercargill if you fancy a trip south.
There’s no point in change for the sake of change. But I wonder ....
Look forward to your comments. In the meantime I’m off to sample some new brands of muesli.
Posted Tuesday, June 21, 2011 No comments:
Email ThisBlogThis!Share to TwitterShare to FacebookShare to Pinterest

Gifted - and a Gift! 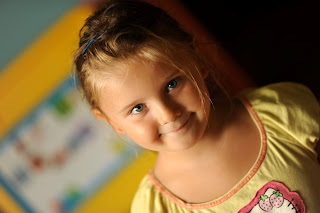 Katie has an exceptional memory and started reading at a very young age – she seemed to teach herself! She has strong curiosity, asks lots of shrewd questions and grasps new ideas quickly. She’s also quite a lonely child because her interests differ from those of her peers. She sometimes misbehaves at school because she feels bored, and she’s in danger of playing down her capabilities to fit in with other kids.
Sound like anyone you know? Katie shows various signs of giftedness, described by the New Zealand Association for Gifted Children as ‘involuntary - a natural gift. It gives no cause for claims of elitism.’ However, there are plenty of myths and misconceptions around giftedness.
Interestingly, though, “Gifted children require just as much attention and educational resources to thrive in school as do other students whose physical, behavioral, emotional or learning needs require special accommodations,” according to professor Steven I. Pfeiffer.
It’s Gifted Awareness Week 13 – 19 June so we thought it was a great opportunity to share some ways that parents and teachers can identify gifted children and support them in their learning and development. PLUS there's a free place on a differentiation workshop on offer - read on for more!
Auckland’s Gifted Education Centre is coordinating a host of great events nationwide to celebrate Awareness Week, including open days, parents’ forums and even quiz nights for those brave enough to pit their wits against Team Gifted!
For parents, I liked this article by Viv Molsom in Family Times; she dispels some commonly held myths about gifted children and offers practical advice for parents.
There are some fabulous resources out there for parents and teachers of gifted and talented kids. LNNZ friend Rosemary Cathcart’s book Differentiation Made Practical: Lessons to Satisfy Gifted Learners has recently received glowing reviews in both the Times Educational Supplement in the UK, and from Apex (the online journal of Gifted Education). Apex reviewer Lynda Garrett says, “The title of this book promises plenty and delivers it all! For those teachers who believe that differentiation means ‘extra work’, and feel unable to cater effectively for their gifted learners within the ‘regular classroom’ setting, Differentiation Made Practical is a must. As an expert facilitator, Rosemary’s enthusiasm is infectious, as she sets out to put a sparkle and energy into your teaching, in a book that is essentially a ‘workshop between two covers.’” All of Rosemary’s great resources are available from us at Learning Network NZ.
And for those of you keen to explore differentiated learning in a wider context, we’re delighted to welcome US expert Jane Kise to New Zealand for two workshops this month – Waikato (28 June) and Auckland (30 June). Jane says, “The most successful teachers are often those who understand how to adjust their educational techniques to meet the needs of students of all intelligences, learning styles and backgrounds.”
We're giving away a FREE place on Jane's Auckland course so to enter the draw, just email me, Sue, on info@learningnetwork.ac.nz with the name of one of Rosemary Cathcart's other books in the subject line.
Happy Gifted Awareness Week - and we'd love to hear your thoughts, ideas and suggestions on this topic.
Posted Tuesday, June 14, 2011 No comments:
Email ThisBlogThis!Share to TwitterShare to FacebookShare to Pinterest 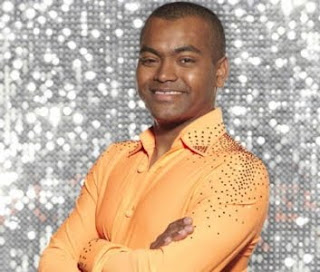 Stuck at home with a sniffle and my in-laws last Friday night, we ended up watching their favourite show, ‘Dancing on Ice’. Not one for sequins or C-grade celebrities, I gritted my teeth and prepared to endure the next two hours (yes, TWO hours!)
But as the show progressed, I became hooked. Not by the costumes, twirls or ‘whoops / Rodney Hide’ moments, but by the amazing resilience and guts of the contestants. Many of them had never skated before, and had just six weeks to prepare for a performance on nationwide live TV.
Amongst the usual faded pop stars (Vanilla Ice, of course) and trashy mag regulars, one contestant, Johnson Beharry (pictured) stood out. A scar runs just behind his hairline from ear to ear, testament to injuries sustained as he rescued members of his unit during an ambush in Iraq in 2004; for his bravery he received a VC. He battled his way back to health and, despite ongoing physical problems, went on to prove his worth on the rink. (Don’t worry fans, I won’t tell you the outcome of this series!)
OK, so neither Johnson nor the other ‘stars’ have solved the Bermuda Triangle mystery or walked on the moon, but it got me thinking about how people can bounce back from devastating events to achieve great things. Other contestants, whose past traumas entailed nothing more than a few embarrassing photos in the press, picked themselves up off the ice time and again, and persevered with refining their skills.
So where does resilience come from? Is it innate or can it be learnt? How can we make our students more resilient?
Our children are “too safe for their own good” says Michael Ungar in his book of the same name – by ‘bubble-wrapping’ them and protecting them from every tiny bump and failure, we’re not preparing them for life in the real world.
Carol Dweck relates resilience to praise, saying "Praising students’ intelligence creates a fixed mindset and decreases motivation and resilience in the face of difficulty. But, praising their process (their effort, their strategy) promotes a growth mindset with its greater desire for challenge and learning."
And Scott Anderson of Nazareth College in Australia recently made some great points in his MYSA presentation, ‘Disappointment by Design – developing capacity and resilience ... in a ‘pro-risk’ school environment.’ Parents, teachers and schools can all model and encourage responsible risk-taking – which could be as simple as getting students involved in a community activity outside their comfort zone, such as a soup kitchen – which builds resilience.
While I don’t think we all need to be donning skates and sequins to prove a point, I wonder what you, as an educator (and perhaps a parent) have done lately to build - and model – resilience?
Want to find out more?
James Nottingham, who has worked closely with Dweck, examines resilience in his unmissable Challenging Learners Conference workshops and his pre-conference course in July.
Posted Wednesday, June 08, 2011 1 comment:
Email ThisBlogThis!Share to TwitterShare to FacebookShare to Pinterest
Newer Posts Older Posts Home
Subscribe to: Posts (Atom)